14 Latest .Net Developer Tools To Help you Code Better in 2020

Developers use .Net framework all around the world. It means that the number of available development tools will only grow in the future. But there are so many tools available that look and work similar, so it is a bit difficult to make a choice, especially if you are a newbie in the technology domain. For the entrepreneurs and dot net developers, it requires intense research to select the correct tool for their development project. To help them select the best tool for.Net developers, we have listed the most common and efficient tools that every.Net developer should be aware of. From a.Net programmer perspective, these tools make it easier for developers to fulfil many of their routine software development tasks. These tasks include measuring code quality, fixing errors, and other jobs related to software application development.

Have a look at some of the best .Net Developer Tools in 2020.

Stackify Prefix is a code profiler tool that runs in background while authorized net developers are running their applications. Stackify prefix captures all the web requests and provides a detailed report of all the offers. The tool can troubleshoot slow web requests and finds slow SQL queries. The device can also check harmful coding patterns like the N+1 database query.

This tool for .Net developers allows them to implement multiple scripts across multiple SQL servers and save the considerable time of .Net developer by reducing the necessary steps. SQL multi-script also enables easy querying of databases through an efficient interface that includes speedy editing features.

LINQPad is a client/server application with the individual clients and different servers. The tool can run straightforward inquiries as well as a series of queries. It has an incorporated debugger and autocomplete capacities. One of its primary functionalities is to execute database queries through LINQ, which it further converts into pure SQL. At that point you can alter the information and change the database outline.

A continuous integration tool for .Net developers that supports the structure and arrangement of various types of tasks. The upside of the TeamCity tool is that it incorporates the natural setting of the setup. Once a .Net programmer submits it, they can test their changes without providing it into the adaptation control framework. Moreover, the TeamCity module can make integration with other available services very quickly.

Octopus is one of the most powerful tools for developers for the deployment of .Net development services. It can take care of application development, acceptance, and production deployments. A .Net developer can also use octopus to limit who can deploy the application for production, testing of software before release, reschedule deployment, and block the promotion of damaged software.

Chocolatey is a windows package manager that is gradually getting grounds in the .Net application development field. The useful thing about this tool for .Net developers is that it works with all the latest programming foundation advancements, such as NSIS, MSI, and InnoSetup. Although a few .Net programmer lean towards working with MSI database records used by Windows Installer, Chocolatey is highly recommended for installation on Windows. Chocolatey has advanced PowerShell to automate the programming and in-house developed module to complete complicated endeavours instantly. Several.Net companies are using this tool for making and simplifying their package in a dependable model.

NCrunch is an automated testing tool that has an automated test runner. This sort of automation in testing in a visual studio allows asp.Net developers to set up quality measurements while composing the code. NCrunch also gives essential information about the tested code so that .Net developer can improve the quality in real-time. NCrunch is recommended due to its smart test execution and inline exception details. It is a paid tool, but it is totally worth.

NuGet is a Microsoft-upheld system for sharing code that characterizes how packages for .Net are made, expedited, and used. .Net developer can use a NuGet package to share code that is particular to a network, company, or workgroup. Moreover, .Net developer can likewise use the package as the least complicated method to factor their code for special projects.

NUnit is an open-source structure intended for creating and running tests in the Microsoft .Net programming language. With the usage of such tools for .Net developers, a check can be run simultaneously, and various tests can be kept running at the same time. NUnit additionally gives instant results, and it does not require human clarification of test results. This tool will make it possible for .Net developer to fix bugs as they occur quickly.

OmniSharp is a set of tools, editing integration, and libraries for .Net developer that together make a situation that empowers .Net programmer to have a piece of exceptional programming information regardless of the working arrangements. The OmniSharp has been developed by the community for the community and not supported or endorsed by Microsoft.

The rider begins from various JetBrains, for instance, ReSharper and WebStorm. It is cross-platform, which implies that it can continuously run on two Windows, Mac, and a couple of Linux and offer a similar arrangement and identical behaviour. Visual Studio additionally bolsters Mac and Linux, yet not these stages have a comparative rundown of capacities. This is a significant piece of slack for Rider: it just carries on the equivalent proportionate everywhere.

ReSharper has been around for a long time to help .Net developer with coding. It is continuously updated and developed with the latest features. In case you have never thought about this tool, it is an augmentation for Visual Studio, which gives you a whole new area of functions. ReSharper is a Visual Studio extension by JetBrains, it is a step ahead with excellent code analysis skills that instantly corrects the code when it sees “code smells,” and some code breach. It incorporates some very significant code designs that .Net developer only gets in Visual Studio course design and makes it easy to refactor over the entire setup. Since we’ve a vibe of renaming records and references over endeavour, this should be a welcome addition.

This free package management tool makes it easy to get to the latest parts of the Microsoft Web Platform, including IIS, SQL Server Express, .Net Framework, Visual Web Developer, and many more. The system keeps the .Net developer updated with the most recent happenings and latest types of each segment.

Finding the right resources, like an extraordinary .Net developer, is very difficult, especially when you are looking out for highly qualified technical resources. This is where Integrative systems can be of great help. You can easily hire a .Net programmer from us who can augment your software team in your company. At Integrative, we can provide you with the team that will work directly with you and without any interference. And the most exciting part is that you will be solely responsible for guiding them in your software development efforts. We have a team with many specialized skills sets such as .Net Core, SQL Server, Microsoft Azure, Angular, and other standard technologies that can be paired with modern Microsoft stack. We take pride in saying that our .Net developers are highly skilled and capable of creating enterprise-grade ASP.Net web applications. Get in touch with us to know more about our .Net programmer outsourcing services and our other .Net development offerings. We are also a .Net development company offering full-cycle bespoke .Net development services for all types of business needs.

How AS400 Software Is Different from IBMi? 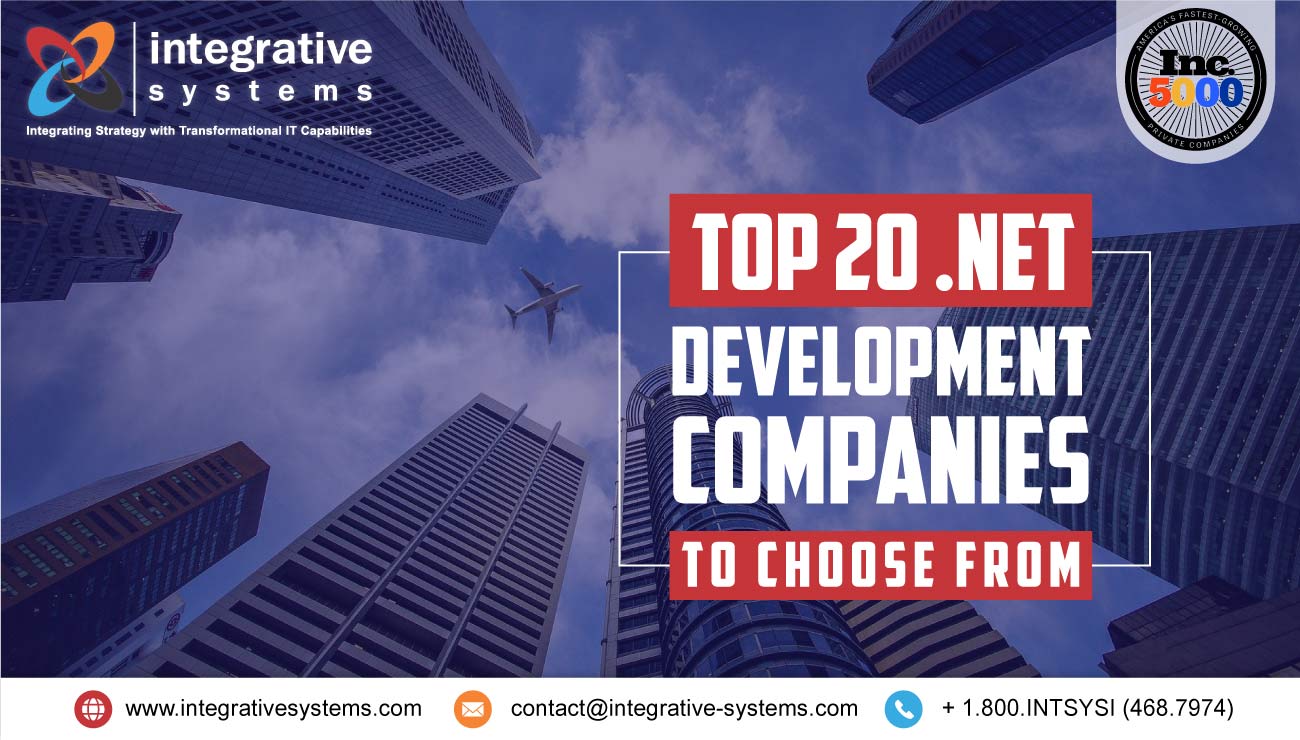 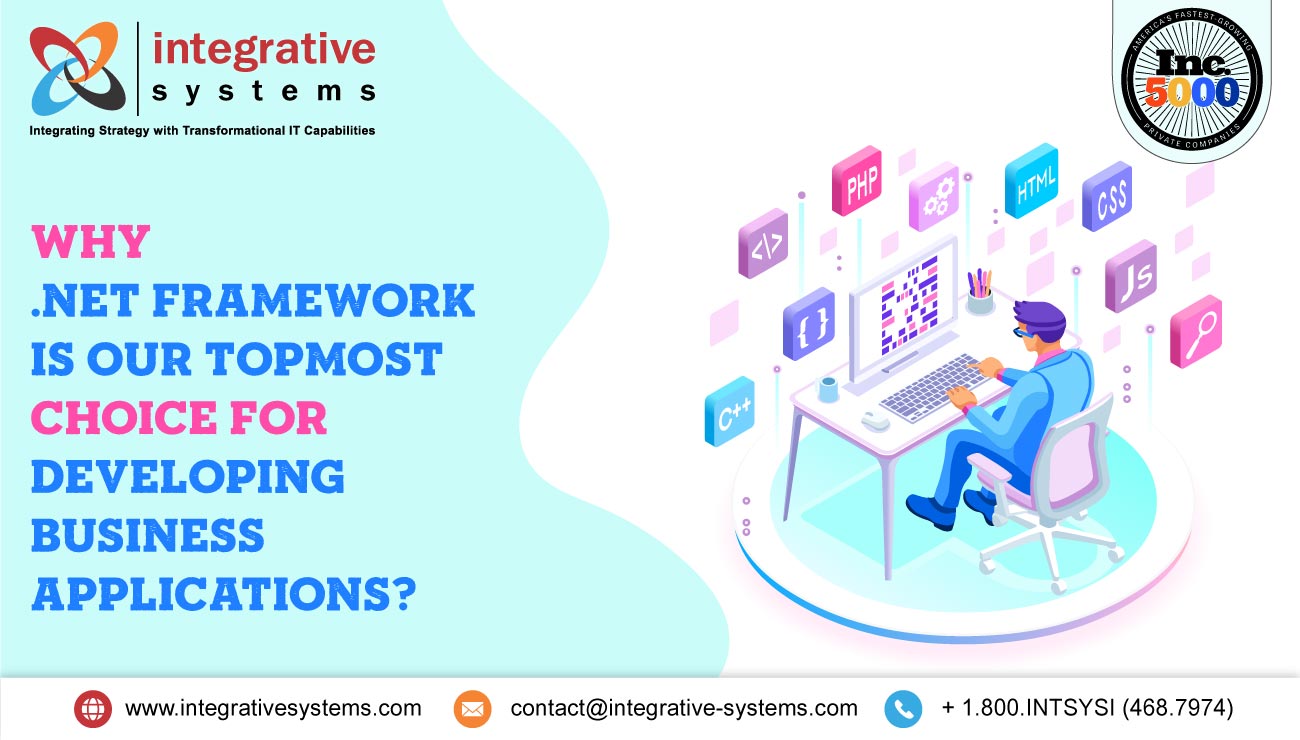 Why .Net Framework is our Topmost Choice for Developing Business Applications?

This will close in 30 seconds