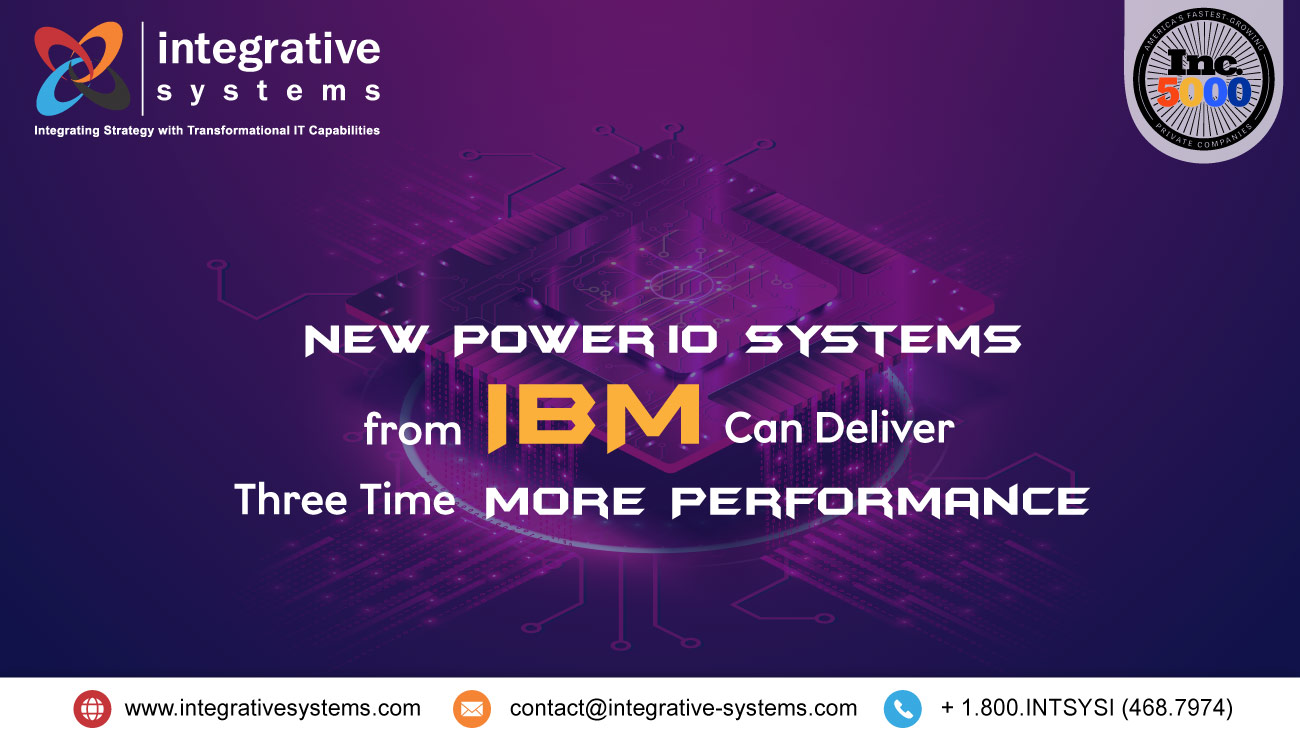 This is official now! From the second half of 2021, IBM will begin the shipping of new Power10 servers. The AS400 / I-series Power10 processors have extraordinary features and 3X performance, and 2.6X efficiency gain compared to Power9. As per IBM, it will bolster AI, security loads, and security in upcoming years.

Power10 for IBMi, AIX, and Linux

Power10 will offer impressive performance improvement and hardware features over the existing AS400 iseries power9 software. But as of now, we are not sure how the Power10 processor will affect IBMi, AIX, and Linux. After the hardware availability, IBM AS400 iSeries will release a new OS version and technology in terms of capabilities, processing speed, data transfer, virtual machine, encryption, and in-memory workload improvements. One can expect more exciting OS-based capabilities in Power10 next year.

The specs on AS400 / I-series Power10 are quite exciting, and the architecture is more than that, even if it is not what chip-watchers were expecting. Based on a 7nm processor, IBM was able to pack 18 billion transistors onto a 602 sq mm piece of silicon, up from 8 billion with Power9 (which was built on a 14nm process). The new chip features 128 MB of L3 cache, 32 MB of L2 cache, but the area in which it shines is its memory sharing capabilities that will expand IBM’s lead in that area.

IBM has partnered with Samsung Electronics, and Samsung manufactures the two versions of the AS400 I-series. The high-performing SMT8 features 8 SMT per core and 16 physical cores.

IBM will launch Power10s in a single-chip setup, with 16 sockets on board, and each socket will deliver 15 SMT8 cores running at 4GHz. Moreover, IBM is also developing dual-chip modules, featuring four dual-chip sockets and 30 SMT8 cores running at 3.5 GHz. This will allow IBM AS400 / I-series to deliver up to 240 threads per socket.

For keeping the processors fed with data, IBM has provided an array of mechanisms, and this is where AS400 Power10 architecture shines. The Power10 starter pack will feature two PCI-Express 5.0 controllers, each having 16 lanes running at a speed of 32GT/s, and this can reach up to 128 GT/s across all lanes. The PCI 5.0 controller was finalized in the year 2019, and this new architecture supports the new bus (which feature double bandwidth in comparison to PCI-express 4.0).

The PCI-Express 5.0 is fast, but IBM AS400 / I-Series Power10 is much faster than that. On both sides of the Power10 chip, there are a total 16 open memory interfaces (serializer and deserializer). Each memory interface has eight lanes wide (i.e., X8) and capable of delivering 32GT/s and up to 1TB/s of bandwidth. The open memory interface originally debuted with Power9 Kicker and will talk to DDR4 memory in the future.

There are four PowerAXON interfaces in each AS400 / I-Series Power10 chip that can connect to OpenCAPI interfaces or for grouping processors in a scale-up NUMA configuration. There are 16 PowerAXON serializer and deserializer blocks in an 8x configuration, providing 32 GT/s, or 1 TB/s of bandwidth, same as the OMI blocks.

An order-of-magnitude Increase for Memory

IBM is introducing “memory inception” architecture with this chip, and PowerAXON powers it. Some people refer to this new architecture as the “Holy Grail” of microelectronics. It will enable customers to share PB of memory among various Power10 systems, generating a single pool of collected memory balances to 2 petabytes, far outperforming the 64 TB of addressable memory of the most effective X86 strategies. According to IBM, this new method will deliver data at a tiny proportion of the expectancy compared to other memory-sharing techniques, such as RDMA.

According to IBM, the AS400/I-series memory initiation platform architecture will position Power10 as the ideal platform for the strongest in-memory workloads. They also pointed out German ERP vendor SAP and SAS institute as the potential beneficiaries from this new server.

For the new processors, machine learning workloads are expected to be some of the most common workloads, particularly those based on the latest deep learning models, in addition to the traditional transaction processing in Power10 servers.

IBM AS400/I-series has also included new dedicated accelerators on the Power10 server. This consists of an implanted medium accelerator that will deliver 10X to 20X speed for machine learning inference management compared to Power9. For the new processor, machine learning workloads,

In AS400 / I-series Power10, IBM has focused on security. According to them, the expanded memory of the Power10 server will permit each chip to support four times more the number of AES encryption in comparison to Power9. It will encrypt data by 40% faster.

New security and isolation for containers

To maximize the security of the containers, IBM has developed a new chip. Moreover, AS400 /I-series will also provide isolation between virtual machines running on the same chip. IBM further hardware-enforced container protection and separation capabilities recital with the Power firmware, which will be enhanced to save containers operating with Red hat OpenShift. Therefore, it will bolster AS400/I-Series Power10’s effectiveness in a hybrid environment.

IBM Power10 will deliver 3X greater energy efficiency and capacity in comparison to predecessors, which will allow high performance and more work than earlier. According to IBM, the AS400 iSeries Power10 processor is a crucial evolution for the Power product line. Moreover, the company has registered thousands of new and previously pending patents on the latest architecture. Apart from this, it will deliver up to 20 times better performance in comparison to IBM Power9, for AI inference workloads.

For the last five years, AS400 / I-series Power10 has been into making, and it is the result of lots of patience and hundreds of dollars invested by IBM and Samsung. With its revolutionary I/O and other memory-sharing capabilities, Power10 will set standards for processors in upcoming years.

In case you are looking for a company that can help you with Power10 installation and integration, you have landed at the right platform. We at Integrative Systems are helping our clients worldwide and providing IBM AS400 / I-series related support and services for more than two decades. We are IBM certified silver business partner and one of the Inc 5000 fastest growing companies in the USA.

Feel free to share your requirements with us at contact@integrative-systems.com, and we will be back to you within 24 hours with the best possible solution for AS400 I series. 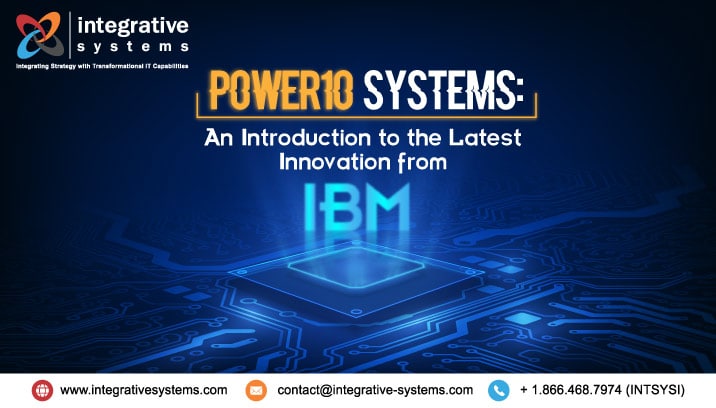 All About IBM Power10 Server Systems 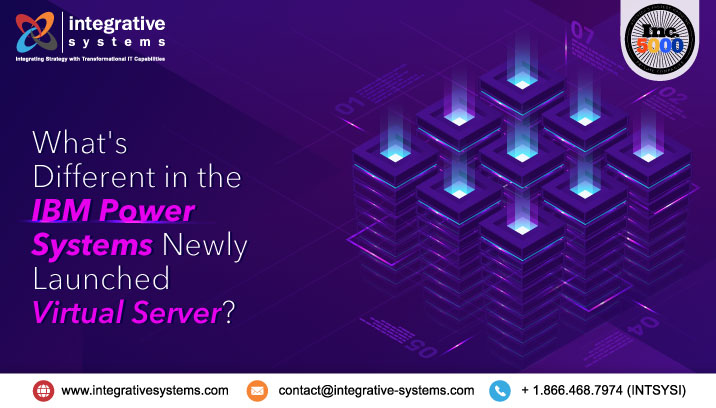