How AS400 Software Is Different from IBMi?

Summary
Due to several name changes, confusion has persisted that AS400 and IBMi are the same things. And this confusion between AS400 software and IBMi has been a significant growth obstacle for enterprises in the market considering IBM technology. Both are like two different fruits or in technical terms it’s like comparing hardware to software. AS400 software is the physical server developed by IBM in 1980s, and IBMi is the latest OS for today’s version of AS400, i.e., IBM Power Systems.

The IBM iSeries software running on the operating system/400 has a long history. And with the long history come several terms and terminology that tend to be “sticky.” And the event is not uncommon. Most of us have minicomputer in our pockets that we call smartphones, though today’s phones hold little similarity to the old generation stationary rotary phone. Today we might call electrical burners as stove, but they have gone through a total evolutionary in those decades and reached here from the original cast-iron stoves. But we still use and misuse (sometimes) the names of several products in our daily life.

Similar is the case with AS400 software and IBMi. Even in the IT sector, many people believe that these are two different iterations of the same technology. But the truth is that they refer to very other things, which has caused a lot of confusion. This confusion between as400 software and iSeries software has been a falling block to digital transformation for enterprises in the market considering IBM technology.

Struggling to find experts for your AS400 iSeries applications?
Let us know how we can help YOU

AS400 software is also known as System i, iSeries, and Application System 400. The application server is commonly known as AS400, and it is a mid-range server designed by IBM, for small, medium, and large enterprises. 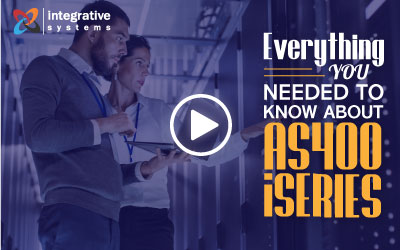 IBMi vs AS400: Why these both cannot be compared?

Long story short, comparing AS400 software with IBMi is like comparing apples with oranges-or more accurate definition, comparing hardware to software. To understand more, you need to know a little bit about the history of what is AS400 software. This will clear the confusion.

IBM introduced the AS400 software or application server/400 in the year 1988. The intention behind it to cover the mid-range computer system primarily for small and medium-sized businesses. At that time, it came to its operating system, i.e., OS/400.

In the past three decades, the AS400 software evolved multiple times. First, it became the iSeries and eventually renamed as “System i.” So, now the machine is referred to as IBM iSeries, which means it is one of the latest avatars of the original AS400. Currently, the setup is known as “IBM Power Systems,” known as “Power Series.”

The operating system for Power Series is IBM I, and it’s the grandchild of OS/400, which went through many iterations. In a nutshell, AS400 software is the physical server from the 1980s, and IBM i is the latest OS for Power Systems, i.e. today’s version of AS400.

Why the Confusion Persists?

People say that the IBM Power Series is an “embodiment” of the AS400 software. IBM tried very hard to develop all its operating systems and hardware, compatible with the modern trend. Applications written initially for the AS400 and running on OS/400 can work on today’s machines. And this is the strength of IBM Power Systems. But it also means that specific ways of talking about technology exist, even if the technology changes.

Is There Any Future in IBM Technology?

A lot of people think of AS400 software as “dead.” It is true that for several years, IBM has seen declining revenues from its server market. However, it does not consider the relative power of IBM servers. Over the years, IBM has gradually decreased the number of servers by over 90% that is needed in data centers. And this is due to a decrease in power costs significantly.

Moreover, the revenue number does not entirely account for the number of businesses running their workloads on iSeries software. According to the 2019 IBMi marketplace survey, several organizations are interested in upgrading their IBMi footprints in the upcoming future. Many organizations are also shifting applications to IBMi, usually in a hybrid cloud environment, even though the AS400 software is an older technology that has been replaced by IBMi and still stands strong.

So, what it means potentially for your organization? It generally means considering- talent, bare metal, and digital transformation.

There are many organizations continuously looking for talent and expertise in the IBM iSeries software field.

For every other company that leaves the platform, another company is looking for talented people to create its IBMi footprints and develop new applications.

A talent crisis could quickly occur as specialists of the technology retire and cannot be replaced instantly by the younger generation. Due to this, most of the companies turn to third parties instead of hiring in-house talent.

Often, the less expensive cloud platforms are multi-tenant. It means that customers share the resource, and sometimes the physical server sharing results in a fight over resources. Though having an abstraction layer between physical hardware and applications can be useful, but there are times when companies want complete control over the “bare metal” server.

For example, – Big data applications like healthcare data and organizations having high-transaction workloads can do better when they have direct control over a bare-metal cloud as they do not tolerate latency.

In bare-metal competition, IBM is ahead of its rivals as it has one of the largest bare metal presences. The IBM servers are often the first choice for hybrid cloud solutions, too.

The only drawback of bare metal is, when it comes to optimization and hardware configuration, clients have much more to do than expected. Only having a trusted iSeries software partner can help them and allow them the power of bare metal clouds.

For the past few decades, IBM is the clear choice of organizations worldwide with serious data needs. And the most enterprise-sized companies planning to move to the cloud as AS400 cloud version is thereby IBM, to facilitate workers.

Due to digital transformation, companies’ re-creation of legacy apps is not a bad idea, but it can be costly and time-consuming for them. Furthermore, if those applications are mission-critical, the organizations will not handle the downtime that transformation would require.

Keeping the future in mind, IBM had strictly paid attention to back-compatibility. It means applications written for previous generation hardware and operating systems will continuously work for new generation hardware and OS. Moreover, digital transformation is ongoing. More and more companies are moving to the cloud, so there will be a high demand to get such applications ready for migration and ensure stability.

And there are some misconceptions around iSeries software, where people feel that talented professionals in this field are retiring, and this pool is shrinking. Moreover, the IBM cloud requires years of expertise to keep your organization’s applications running.

But the fact is, there are companies providing services in AS400 iSeries. And, if you are looking for an as400 software company to get new software implementation or upgrade the older one, you have landed at the right place.

Integrative Systems is IBM’s silver business partner and has more than 20 years of experience in iSeries software services and solutions. Feel free to share your requirements at contact@integrative-systems.com 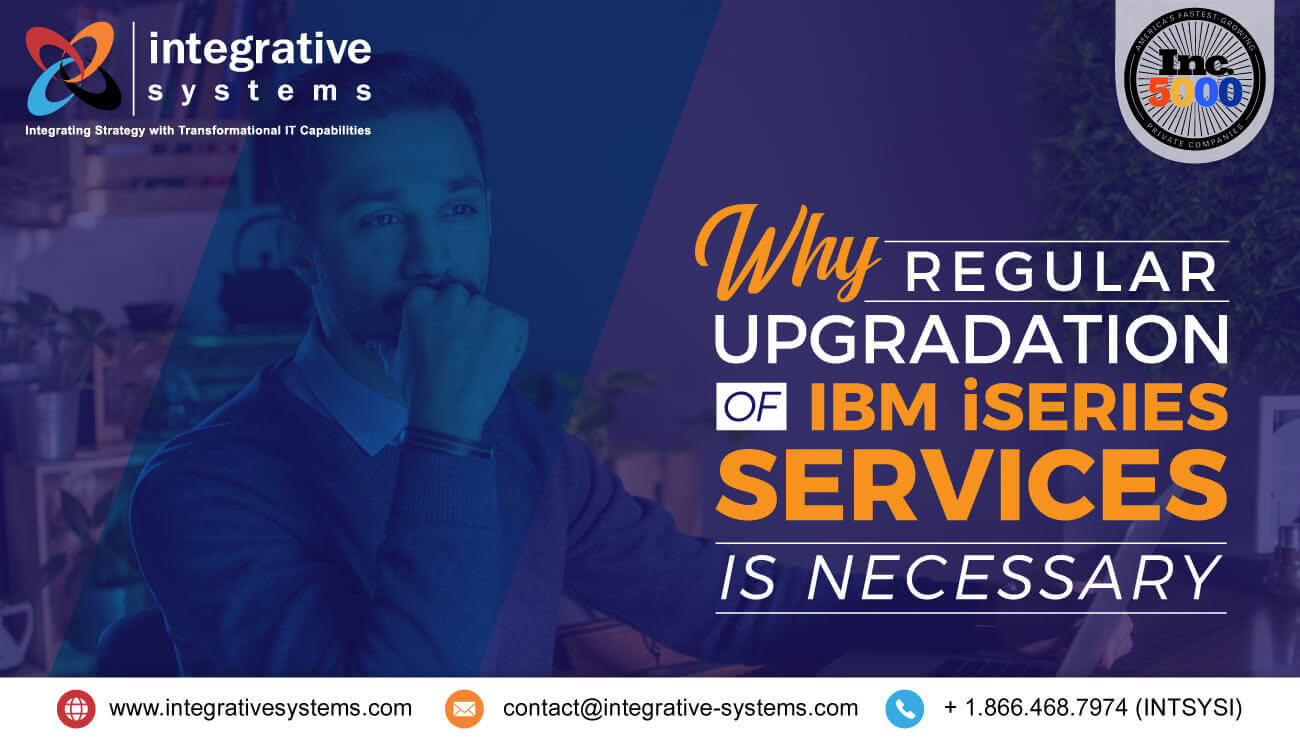 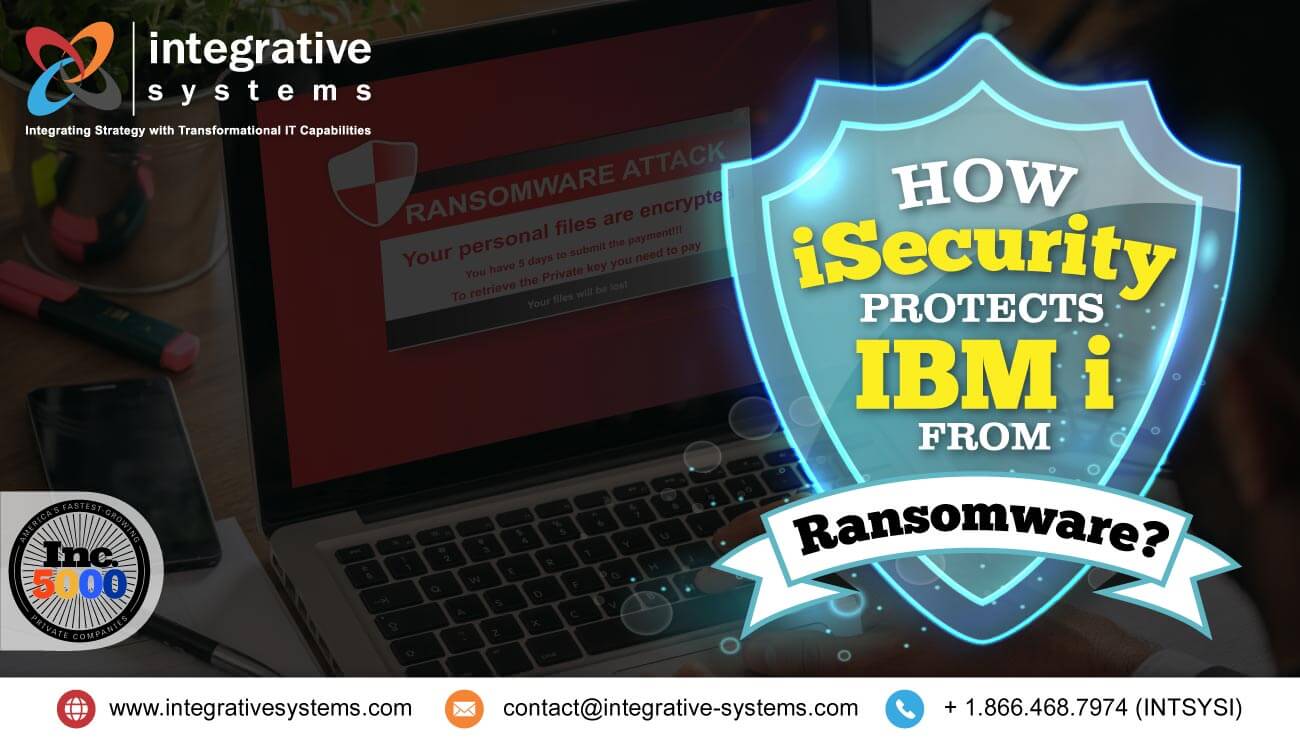 How iSecurity Protects IBMi from Ransomware