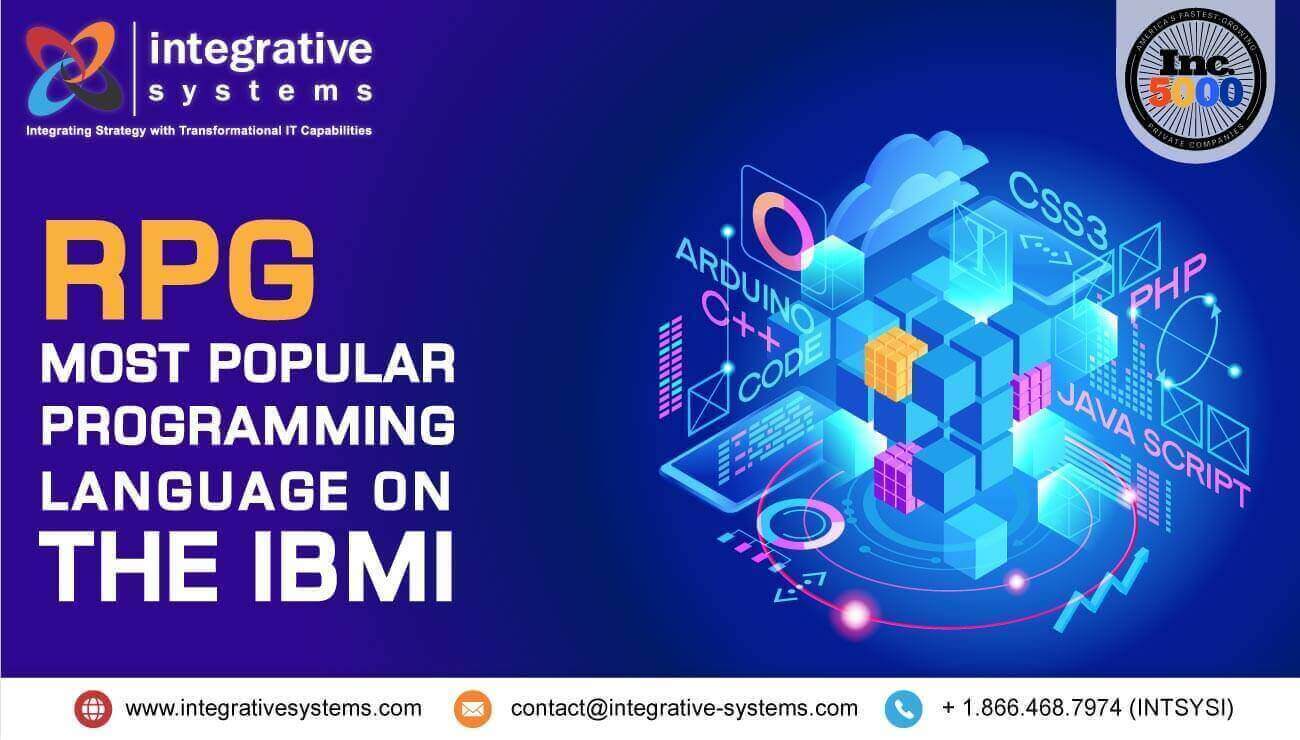 RPG is a high-level fully procedural programming language used by businesses to create commercial business applications on IBM’s leading minicomputer system, the AS400 or iSeries. RPG has gained wide acceptance and has evolved massively since its inception. Today several ERP’s and mission critical business applications, are written in RPG based on RPG IV, because it is enabled to provide an interactive programming environment to AS400 RPG Programmers. With state-of-the-art security features and seamless integration with IoT and Watson AI; IBMi is the platform of choice for secure and data heavy business applications.

In 1960’s, RPG was upgraded to RPG II following the development of the IBM System/3. One of the most noteworthy aspect was the fixed format programming offered by RPG II. This meant code was written in fixed format in order to standardize the software creation process and generate the desired output.

RPGIII: It was mainly developed for System38 and its following versions. RPGIII is an enhanced version over RPG II and incorporated features to support new software development structures such as iterative loops and subroutines. Further, it also allowed programmers to code in with or without the logic cycle, using indicators or IF statements. The RPG III compiler lives on to this day in AS400 and iSeries as the RPG/400 compiler.

Struggling to find experts for your RPG applications? Let us know
how we can help YOU

When IBM announced the launch of the AS/400 system, IBM changed the names of most of its software tools and compilers to identify the product with the AS/400, differentiating it from the System/38 or System/36 hardware platforms. Thus, the RPG/400 compiler package was included with the AS400 platform.

RPGIV/RPGLE: It was launched in 1994 and incorporated several features to make it competitive to meet modern software development requirements. RPGIV included many functional, performance, maintenance, and productivity benefits. Its ability to integrate multiple language, free-format expressions and definition specifications provides many of the benefits of object-oriented languages.

Some of the noteworthy features of RPG1V are

The ILE competency of RPG has opened several new avenues for RPG programmers.

Role of AS400 RPG Programmers

In case you are looking for skilled and experienced RPG programmers, look no further, Integrative Systems is here to help you create highly effective and maintainable RPG applications using the latest techniques.

RPG programming language AS400 is now the e-server iSeries, and the mainframe is zSeries. Overall, it can be named as ySeries.

The Future of RPG

In the future, all graphical, compiler, primarily text-based and web-based tools for the AS400 may be conveyed as a single incorporated bundle. The WebSphere development tool is an open, standard-based item that validates all the dialects accessible on AS400, utilizing the Application Development Tool Set (ADTS), ILE RPG, ILE Cobol, and ILE C/C++.

One of the most significant advantages of RPG programming language is that it is ILE compliant. It means that the programmers have a vast number of practical, presentation, maintenance, and efficiency benefits apart from the ability to combine more than one language.

A handler in any programming language is an occurrence created for a specific task. RPG open access handler is a technique that handles the communication with the available resources and gadgets. The access is a way for RPG programmers to use the RPG I/O version to use resources and gadgets that aren’t supported by RPG.

RPG Rolled Out on Various Platforms

RPG Programming: How can Integrative systems help you?

RPG programmers at Integrative system can help you with:

How Is RPG Programming Capable to Solve Unique Challenges

Obtain portions of dates and times

The supported data types are-

One stop solution for all your company’s iSeries AS400 Needs

At Integrative, once you talk to our expert and experienced RPG programmers, all the hassle of dealing with various consulting firms and third-party contractors will be out of your life forever.

Highest Quality iSeries AS400 Consultants in the Industry

Because of our more than 20 years’ experience in this field, you’ll get peace of mind by choosing us, and you will not have to worry about quality, communication and commitment.

Quick Resolution of your RPG queries

Our RPG programmers have extensive knowledge of AS400 and start producing results immediately. We work tirelessly to provide quick resolution on time and within budget.

Whether you are looking to completely outsource your iSeries AS400 or want us to complete a single project, we can help you with everything or let’s say any type of AS400 project.

For more than 20 years, we have been providing our clients with the industry’s best iSeries AS400 services at extremely affordable rates.

Get in touch with us for all your RPG programming or AS400 iSeries needs. You can drop in an email at contact@integrative-systems.com or call us at 1.800.468.7974 and we’ll get back to you within 1-2 business days.

You can also have a look at our other capabilities and contact us for your software development needs.

This will close in 30 seconds