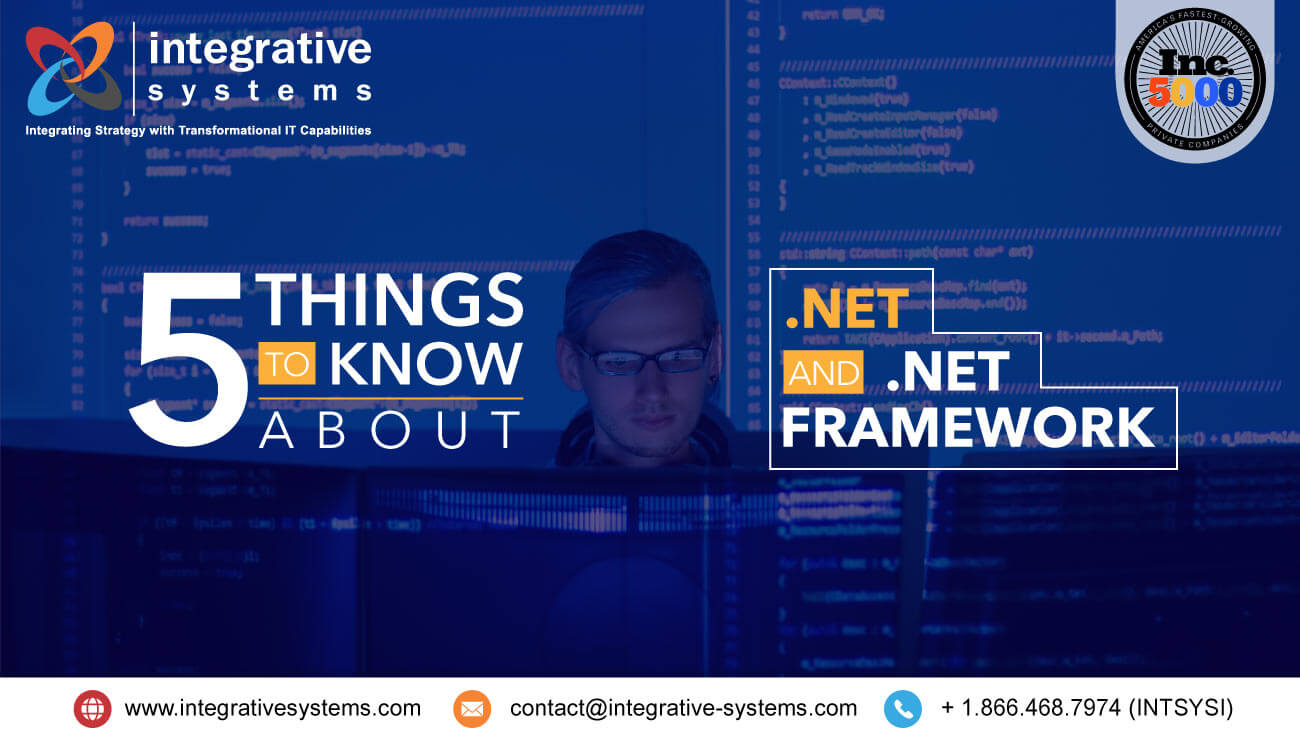 5 Things to know about Dot Net and Dot Net Framework

If you are worried about your IT projects, which are creating a big hole in your business’ budgets, it is your turn to switch on to the .Net framework. The object-oriented programming features of .Net and the re-usable code can reduce your operation cost to a large extent.

Dot Net ( written as .Net) is a product of Microsoft and Dot Net Framework (written as .Net Framework) is a software framework developed by Microsoft that runs primarily on Microsoft Windows. It is a free, cross-platform, open-source developer platform for building various types of applications. .Net is safe to use code base and ensures easy deployment with a controlled code sharing setting and facilitates multiple versions of your application to run on the same machine.

How do Dot NET and Dot NET framework work?

Dot NET is versatile with which you can use multiple languages, libraries to build for web, desktop, mobile, games, editors, and many more. In other words, Dot Net is a framework that provides you a guiding principle that can be used to develop many applications––ranging from web to mobile to Windows-based applications. The Dot NET framework can work with various programming languages such as C#, C++, VB.NET, and F#.

It has two key components the Common Language Runtime (CLR) and the Dot Net Framework Class Library (FCL). Its unique feature is its language interoperability i.e. each language can use code written in other languages, across several programming languages. The CLR is an execution engine that is used to handle running programs such as security, memory management etc. The computer code written using .Net Framework is called managed code. FCL and CLR together create the Dot Net Framework.

Based on the above facts, we can now understand the basics of Dot Net and Dot Net Framework. Dot Net, a framework developed by Microsoft, is an assembly of a vast set of tools that are proposed for developing services and programs for windows-based devices. Dot Net Framework has a wide-ranging set of classes and features which are used by programmers. Dot Net Framework mainly consists of 2 famous programming languages i.e., C# and VB. You can use any of these languages for your development and both will give exactly similar results in terms of performance and scalability.

1. Previously Dot Net was not an open source :

Dot Net was developed by Microsoft in the late 1990s originally given the name, Next Generation Windows Services (NGWS), as part of the .Net strategy. By late 2000, the first beta versions of .Net 1.0 were released. Until 2014 it was not an open-source framework. As an open source, Dot Net is free to use and distribute among users and dot Net framework can be moulded according to the needs of the particular user. As an open source, it became a collective platform and it further created the basis for cross platform applications. Another advantage of being an open source is the agile project development style, which reduces the project completion time in Dot Net.
One of the major disadvantages in a closed source is that you do not have the access to the code. On the other hand, an open-source system allows full access to the projects. The open-source projects are easily accessible to vender partner and project vendors. A vendor partner can only download the projects, whereas the project vendors can both download and modify the projects.

Dot Net is a vast software framework. It contains 32 programming languages, the prominent languages being C#, F#, and VB. Some of the other programming languages used in Dot Net and Dot Net Framework are A Sharp ( .Net ), Cobra, Boo, Fantom, Sharp, Oxygen, etc. Dot Net contains both frontend and backend languages. For example, ASP.NET is used for backend and C# & VB.NET are used as frontend development.

3. Dot Net is not restricted to Windows only :

Initially Dot Net was only used for Windows, but Microsoft released the first version of Dot Net Core in 2016. Dot Net can now be run on multiple computer platforms. As it is both open source as well as cross platform, it is advantageous in multiple ways. It opens up more opportunities by facilitating new platforms for your applications and so applications can be created for Mac OS X and Linux with Dot Net Core. Apart from this, Dot Net Core or Dot Net framework can be used for the Internet applications such as IoT and cloud.

Security is of prime importance for any software framework and it has been observed that Dot Net is more secure than Java. The vulnerability density of Dot Net is 27.2 and Java is 30.0. By the term ‘Vulnerable Density’ we mean the number of defects in sample code (average defects per MB of code scanned) which decides the qualifying parameter. Thus, we can safely accept that Dot Net is a more secure platform than Java. This is the reason why Dot Net and Dot Net Framework is growing as a popular software framework to develop applications for many financial institutions including banks.

Dot Net or Dot Net Framework is a great umbrella that embraces many languages, technologies and tools. Microsoft is a popular worldwide service provider which has created a systematic development eco-system for application formation, reengineering, quality assurance, and migration. As it is compatible with a broader network of languages and skills, Dot Net or Dot Net framework is interoperable also. By the term ‘interoperable’ we mean the virtual working ability of any software or hardware with different software/hardware including those, which may be invented in future.

Thus, we can say that Dot Net and Dot Net Framework is a language neutral framework. It can effectively work with almost all standard computer languages and operating systems.

Dot Net has these three types of interoperability:

Here COM mean Component Object Model and Microsoft introduced it as a binary interface standard between the two binary modules viz., a library and a program run by a user. It shows the extent up to which these two binary modules meet and interact with each other. If we access (with Dot Net runtime) Dot Net components from COM components, then it is called forward compatibility. The Dot Net runtime also allows us to access old COM code from Dot Net components which is then called backward compatibility.

To summarize, we can say that Dot Net and Dot Net Framework are standard software frameworks to program and run your Mobile and Web applications flawlessly. The dot net is expected to grow big in the next few years. Our expert team has the capability and expertise to integrate the latest tools or migrate legacy .Net systems to the latest versions. 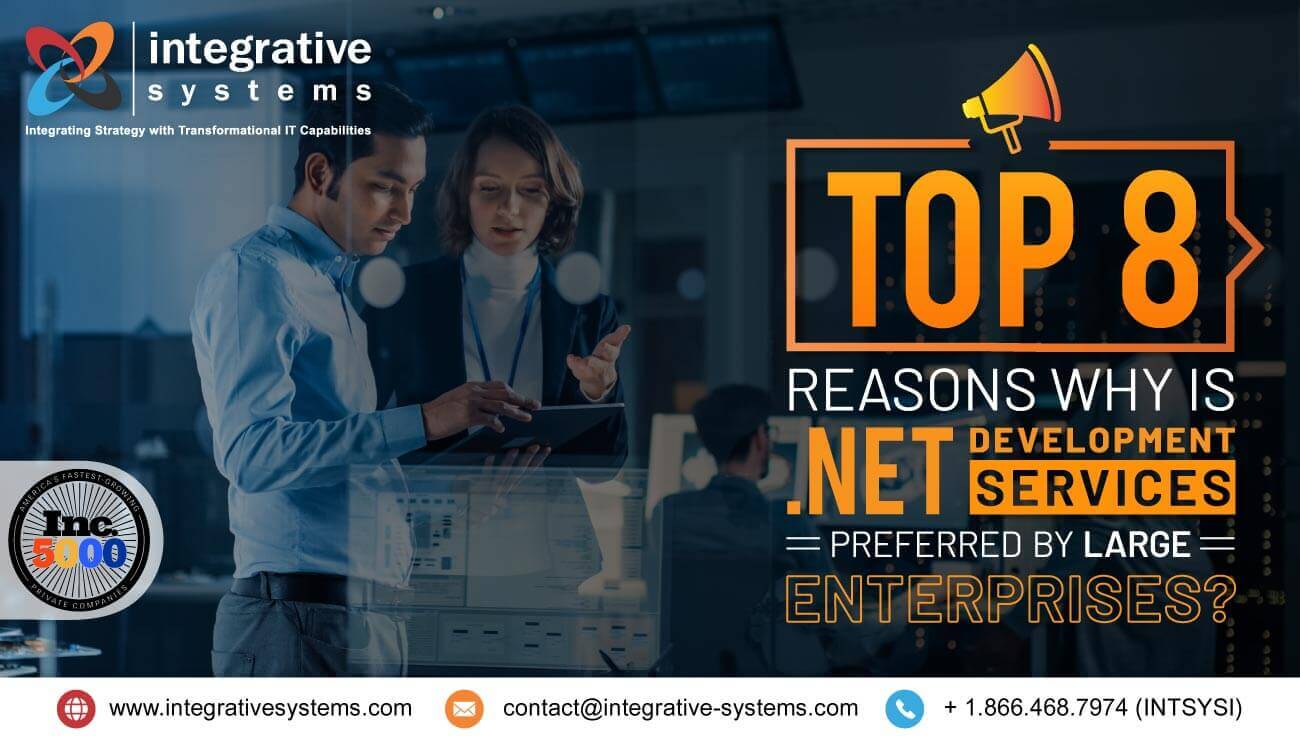 8 Reasons Why .Net is the Preferred Development Platform for Large Enterprises? 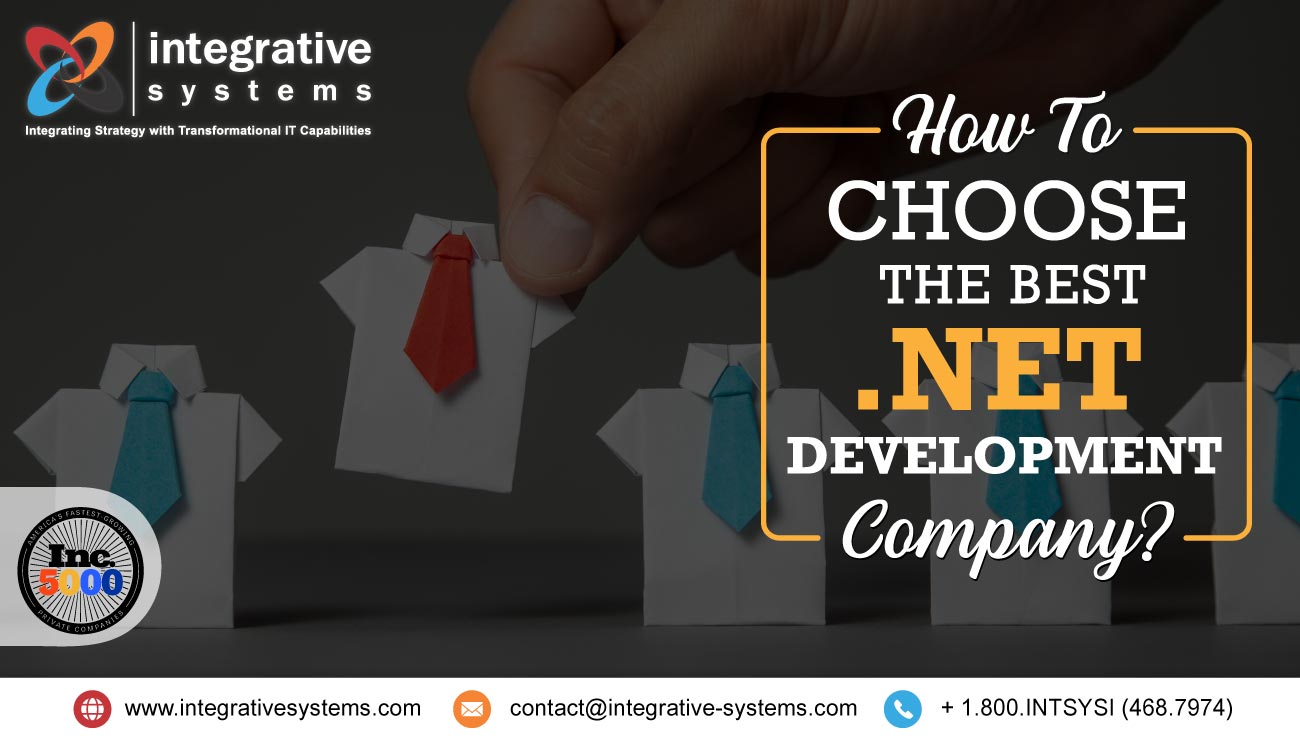 How to Choose the Best .Net Development Company? 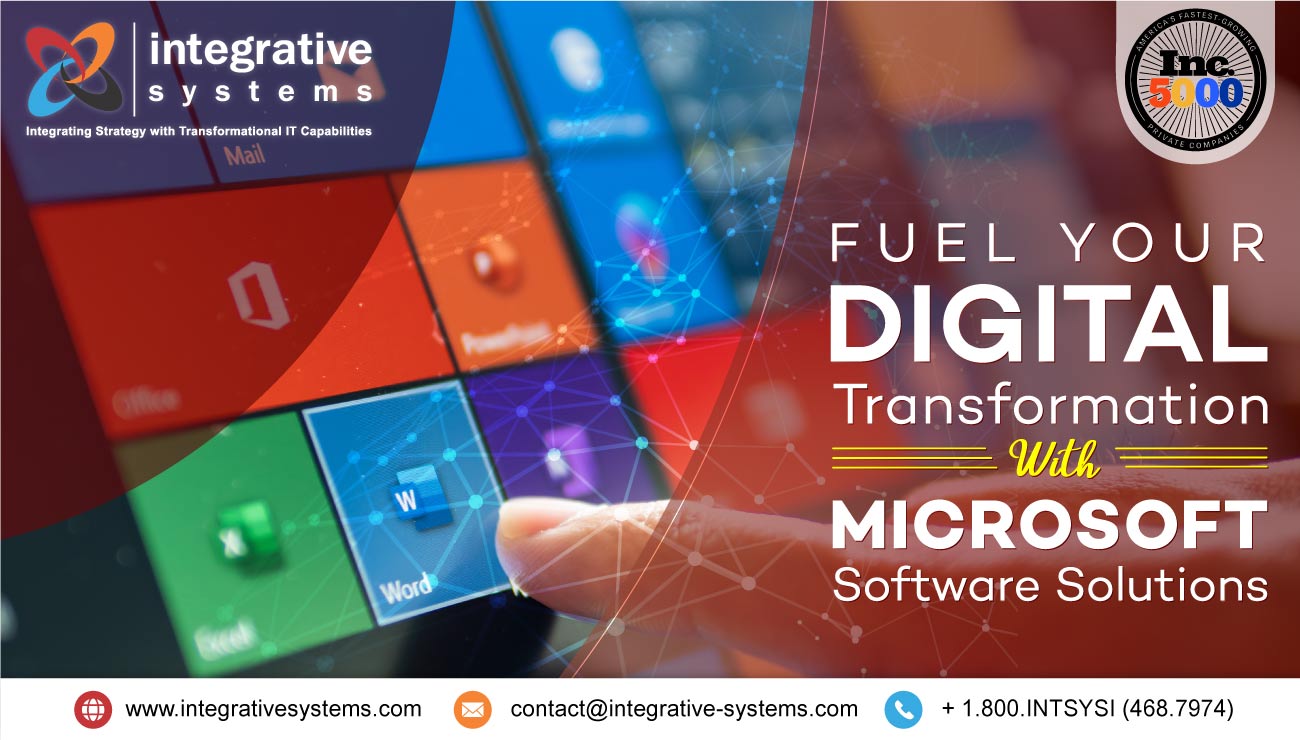